Standing Out: Designing The Costumes For Harriet

In putting the life of legendary freedom fighter Harriet Tubman (Cynthia Erivo) on the screen, Kasi Lemmons’ Harriet brings to life a complex period of American history. While the oppressive institution of slavery was the law of the land in the South, cities like Philadelphia had growing populations of free African Americans owning business and thriving. To showcase Harriet's strength of character, as well the changing world in which she lived, Lemmons reached out to costume designer Paul Tazewell. Having worked in theater for over twenty-five years, Tazewell received a Tony® award in 2016 for bringing to life another historical period in Hamilton. In recent years, he has turned his talent and experience to film and television, winning an Emmy® award for his work costuming The Wiz Live! in 2016. For Harriet, Tazewell used extensive historic research to create outfits that helped transport both the actors and the audience into the fabric of Harriet’s time. “These costumes have helped me immensely,” remarks Janelle Monáe, who plays free woman and entrepreneur Marie Buchanan. “As soon as I put the outfit on, I felt like Marie instantly.”

We spoke with Tazewell about dressing Harriet, using archival photography to frame his design, and what makes Harriet such an inspirational figure.

Get tickets to see Harriet today.

The official trailer for Harriet

How did you end up working on Harriet?

Kasi Lemmons thought I might be appropriate to design costumes for this film after having seen some of my work in theater. For about 27 years, I have been designing professionally, mostly for stage—Broadway and otherwise. I’ve been so fortunate to do such diverse work, much of which has really broken ground theatrically. For me, it made complete sense to transition from theater to film. 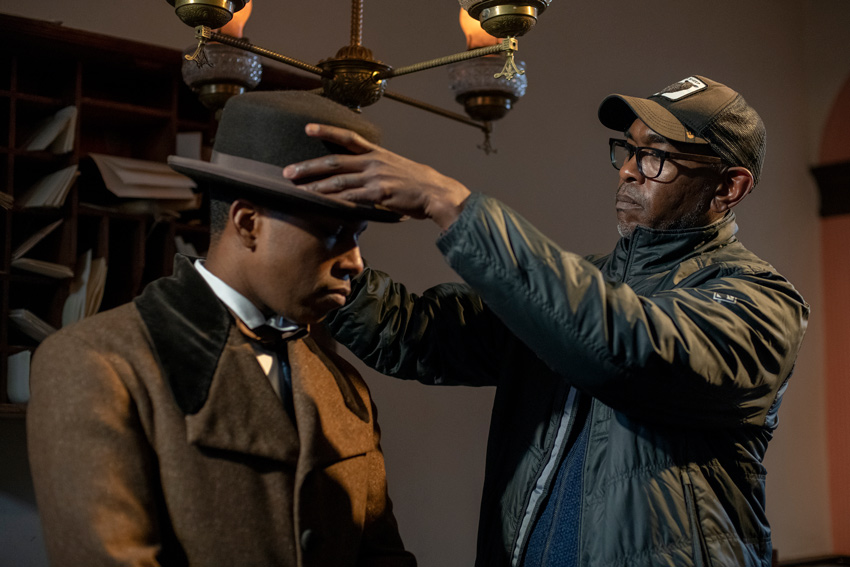 Did designing the historically based costumes for Hamilton help in working on Harriet?

I wouldn't say that Hamilton directly informed my work on Harriet. But I do think that everything that preceded Harriet informs how I use design. Period costume has always been an interest of mine. I love period detail and silhouette—all the pieces that go into creating period costumes and the way a silhouette can change from year to year. To be able to explore that in any given period is a delight for me.

Did you and Kasi have a creative concept about the costumes for Harriet?

In covering the period from the 1830s to the 1850s, it was important to Kasi that we reveal who Harriet was, that we create a visual arc for her that went from being an oppressed slave to realizing herself as this icon that moves towards being superhuman. She may have been five foot one, but she functioned in a way that helped move so many people towards freedom. In addition, she was able to shapeshift and become a master of disguise, so she could ride under the radar of slave catchers and police forces. I don't know that most of America fully realizes her story and understands what it took for her to become a historical leader. The concept for me in dressing her was to make sure she stood out and could not be overlooked. We want to present her as a visual icon.

What sort of historical research did you do?

Largely we used daguerreotypes of the period. At that time, in the 1820s and 1830s, photography was being introduced to America in the form of daguerreotypes. They were being used to document life, especially life on plantations. But they also captured city dwellers, street scenes, and free people of color. From them, we could see how people actually wore clothing. 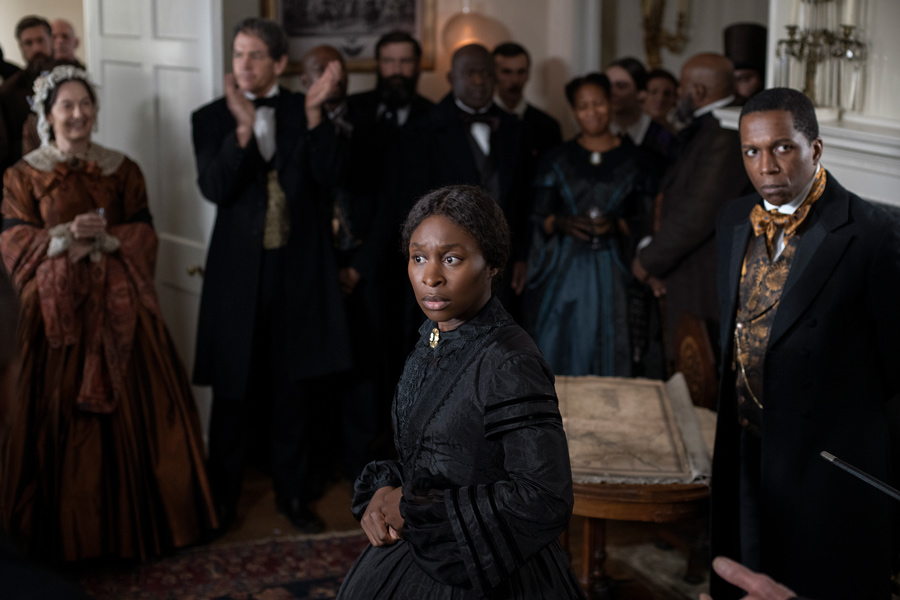 Do you research archival fabrics and materials as well?

We were very fortunate to be able to use some actual vintage pieces both with background actors and with our principals. All the fabrics and colors we used during our costume build were things you would have found during the period.

How did you use costumes to illustrate Harriet’s evolution as a character and leader?

We start with her on the plantation where she wore the same dress every day, whether it was working in the fields or going to church. That dress was undoubtedly a hand-me-down from one of her relatives or from another slave, something that had been resewn and repaired many times. When she escapes by jumping off a bridge into the rapids, her clothes are so worn down they nearly come off when she climbs onto the river bank. From there, we see how she starts to build herself up. First, she is gifted a simple cotton dress from a Quaker family. In Philadelphia, Marie Buchanan gives her a strong green dress that is reflective of her new freedom. With Marie, she starts developing this confidence in herself emotionally and we see her recreate herself as a free woman of the period. At one point, we recreate a recently discovered photograph of her as an elegant, young woman, a portrait that shows her as very possessed and powerful icon.

Did Harriet take on different personas when went she went undercover?

In the film, we see her as a master of disguise, often blending a male and female silhouette. You can see that with the image of her in the poster wearing a broad hat. She develops the swagger of someone empowered to do extraordinary things. Later she takes on the look of a blackjack sailor, a dandy, and other male looks. Towards the end of the film, we show her as an older woman. 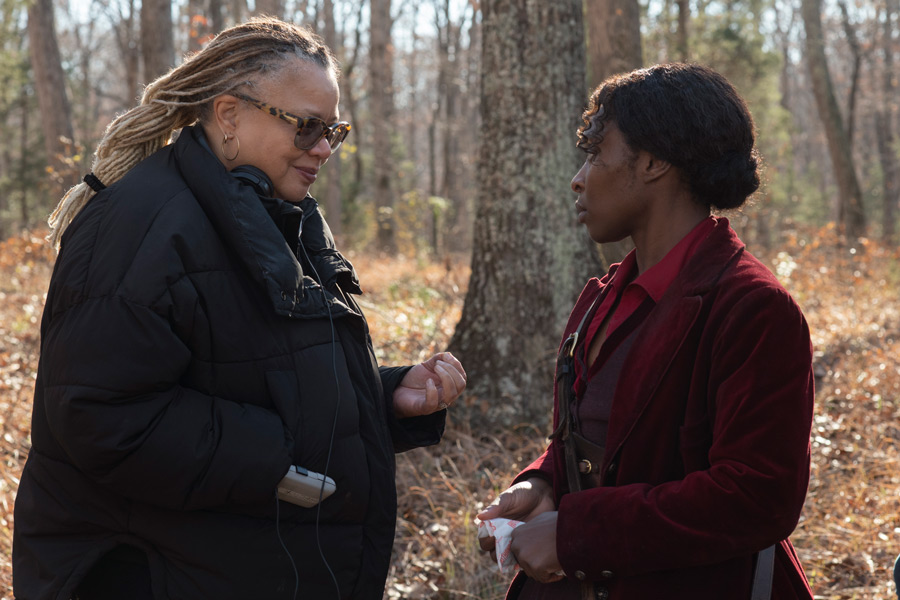 Was there a particular palette to Harriet’s look?

We mostly wanted her to stand out against a neutral background—like with a tinted daguerreotype in which the figure sits on top of a background color. First, she is in a soft blue accented with red against sepia tones. Then we have her in a strong green, then red. We use all of these tonal qualities to raise her up, to elevate her above everything else.

Why does Harriet matter today?

She is a representative of great female power and tenacity, everything positive about being a woman of color. I think that is very important to understand and get to know her.