A Q&A with director Eliza Hittman

In Never Rarely Sometimes Always, writer/director Eliza Hittman follows the journey of Autumn (Sidney Flanigan) and her cousin Skylar (Talia Ryder) from rural Pennsylvania to New York City in order to access necessary medical procedures. The two women, with little cash and even less knowledge of urban life, bond together to overcome the innumerable barriers that an indifferent city and overwhelming health care system throw in their way. Their inspiring journey of self-discovery and friendship also provides a bracing emotional snapshot of what it means to be a young woman in America today.

We spoke with Hittman about what inspired the film, how she discovered her extraordinary leads, and what makes this story so vital today.

Where did the story for the film come from?

In 2012, I read a headline about a woman in Ireland who passed away after being denied an abortion. I started diving into the subject and discovered how many women were forced to travel for abortions there, taking a long trip often from Ireland to London and back in one day. I thought,  "I have never encountered this story before." Inside me, this radar went off and said, "This is a movie." I thought about the shame and costs that such a trip entails, especially if you are poor. I started to imagine what would be the equivalent of that journey in the United States, where women travel from rural to urban areas to seek help.

When you were writing the screenplay, when did you decide to make it less about one woman’s journey and more about a friendship?

There were a lot of things that I was trying to balance in the story. On one level, it is a procedural about the process a woman goes through to get an abortion, the very real barriers she encounters. But obviously I am not Ken Loach. There are other things that I want to explore. I imagined that a journey like this would be hard to do alone, so I thought, “who would she take?” I wanted to make a story about how women rely on each other in these moments. There are never enough movies in the world that explore female friendship.

Your two main characters, Autumn and Skylar, are so memorable. Were they based on real people? 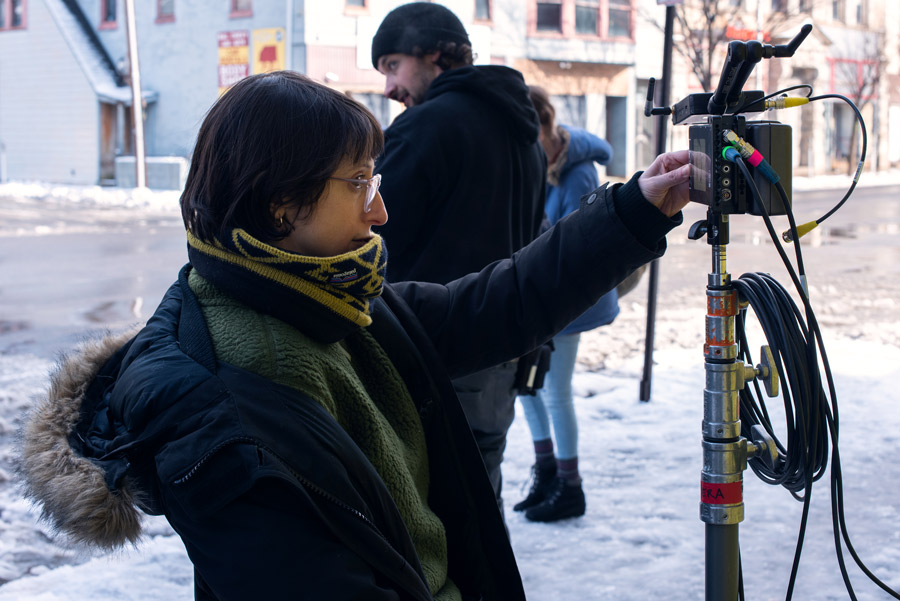 Eliza Hittman on the set of Never Rarely Sometimes Always.

There is a real authenticity to the characters in the film. How did you go about casting the film?

We cast a mix of established actors and first-time or non-professional actors. There are well-known people like Ryan Eggold, who plays the dad, and Sharon Van Etten, who plays Autumn’s mother. Sidney Flanigan, on the other hand, had never acted before. I just really cast people that I was interested in. For the pivotal scene that takes place inside a Planned Parenthood office with a social worker, we looked at lists and lists of actors. But then I decided to cast the real social worker with whom I had been working with. Casting is funny. It is very much about which version of the movie I want to watch. It is about things feeling authentic to me.

Sidney Flanigan is amazing. How did you find her?

Sidney is an aspiring musician who I met working on another project in 2012. We didn’t really know each other, but I followed her on Facebook and remembered her DIY punk videos of herself playing music in her bedroom. I reached out to her while casting the movie and said, “We met years ago. Would this interest you?” She was very brave to trust me. It was something she never imagined for herself at all. 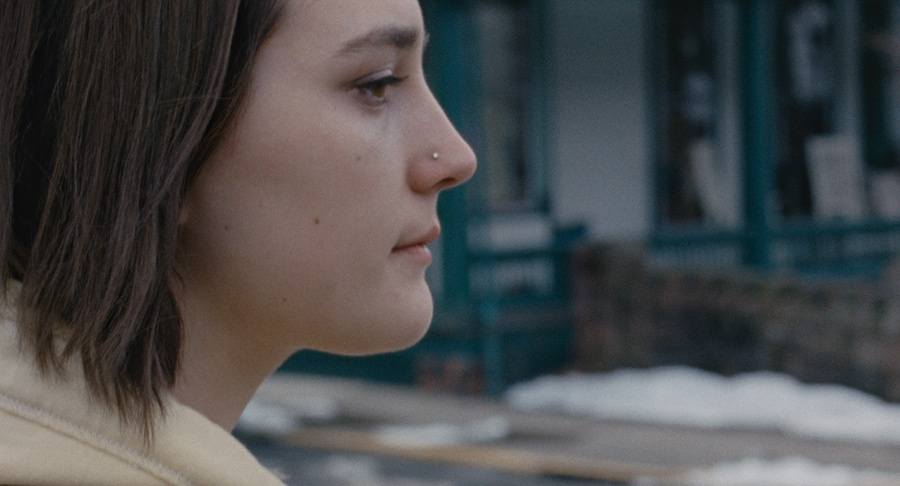 What made you feel she was right for Autumn?

I thought about her a lot while I was writing the script, mostly because of her videos. There was something authentically teenage about them. They were rough, raw, and filled with anger and love.

When casting Skylar, what did you look for?

I wanted someone who would both contrast and also be complementary to Sidney. They have to have chemistry, but also be different. It was important that the cousin character felt useful. I also wanted her to have a levity and optimism that makes it possible for them to take this journey together. When Talia came for a call back, she just floated in. Sidney was there for a chemistry read, and it turned out they were both from Buffalo. I thought, “Perfect. Done.” They have something in common that I can work to build a connection from. 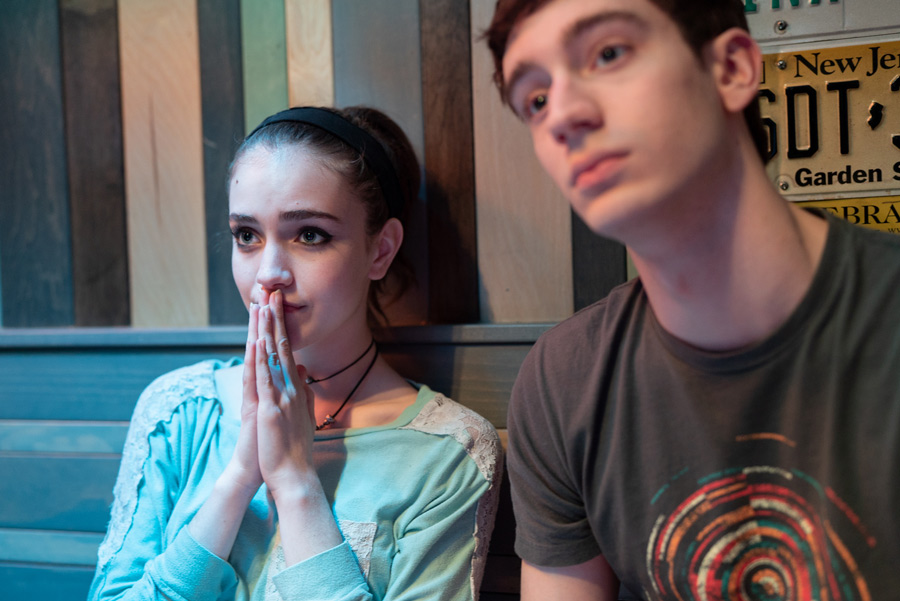 Your locations, especially in New York City, feel very real. How did you choose them?

In my mind, the film was set in winter, because I wanted the weather to be a real obstacle. For the most part Autumn and Skylar spend all their time in Port Authority [New York City’s bus terminal], which is a liminal hellhole. Port Authority becomes a microcosm for New York. In my mind, and in the logic of the script, they could do anything they wanted as long as it was in Port Authority. They go to Frames, the bowling alley there, which also has a restaurant and karaoke bar. They have one small diversion from Port Authority. In the middle of the night, they travel to an arcade in Chinatown, which I always had in my mind to use because it is a place from my childhood.

You use sound design through the film to evoke a sense of place. Can you talk about that?

For the most part, the sound design is diegetic, because we are working with environment noises. We often considered whether we should elevate it in some way to make the sound design subjective and psychological. There are moments, like when she becomes sick at the cash register, where that made sense. There is all this noise—the registers, the customers, and the cheesy store music—that becomes a wall of sound. In some places, we wanted the sound design to reflect the character’s emotional state. But this is a quiet, delicate movie, so it is hard to put a lot on top of the picture without overwhelming it.

What would you like audiences to come away with?

We are in a vulnerable moment, when we don’t know the fate of Roe v. Wade. The film is a document and depiction of what it is like to encounter very real legislative barriers and the impact that they can have on a person’s life.