To bring this world to life, the filmmakers reached out to production designer Kave Quinn. In films as diverse as Trainspotting, The Woman in Black, and most recently Judy, Quinn has demonstrated a unique mastery of how to allow color and décor to set the tone and tell the story. Quinn’s designs elegantly showcase how style becomes substance in Emma’s elegant candy-colored, dollhouse world. As Film Bunker points out, “the film’s ultimate strength is in the absolute gorgeosity dripping from its costuming and set design.”

We spoke with Kave Quinn about the importance of color, finding the right locations, and how the designs were carefully choreographed in EMMA.

Get tickets to see EMMA. today.

The official trailer for EMMA.

What did you see as your chief creative challenge in designing EMMA.?

It was finding the perfect house that you can film inside and outside and in which we could change the interiors. To find a building without restrictions was no easy task for our locations manager.

When you first spoke with Autumn de Wilde, what was her vision for the film’s look?

She said that she wanted to make it in those beautiful Georgian colors that you really can’t find in many locations. Personally, I love color. One of my first films Shallow Grave really celebrates color. Autumn is very intense about color too. But to get the look we wanted was a lot of work— researching the right colors, then cross referencing them with the costume designer Alexandra Byrne to make sure that everything coordinated.

Were there models for the film’s look?

Autumn spoke about various films, like Marie Antoinette and The Grand Budapest Hotel, in terms of color. Autumn also had some amazing original Georgian prints with vivid colors. At one point, the creative team took a private tour of Sir John Soane's Museum with a historian who talked extensively about period color. There is a real history to Georgian styles and colors, like the lovely Pompeii red that we use in the film. Autumn also pointed to those Georgian dollhouses where everything is very crisp and each room has a very different style. In many ways, the dollhouse served a perfect metaphor for the film. When Emma meets Harriet, it is almost like she has a new doll that she is dressing up and playing with emotionally and physically. We wanted to keep that dollhouse feel in the film. 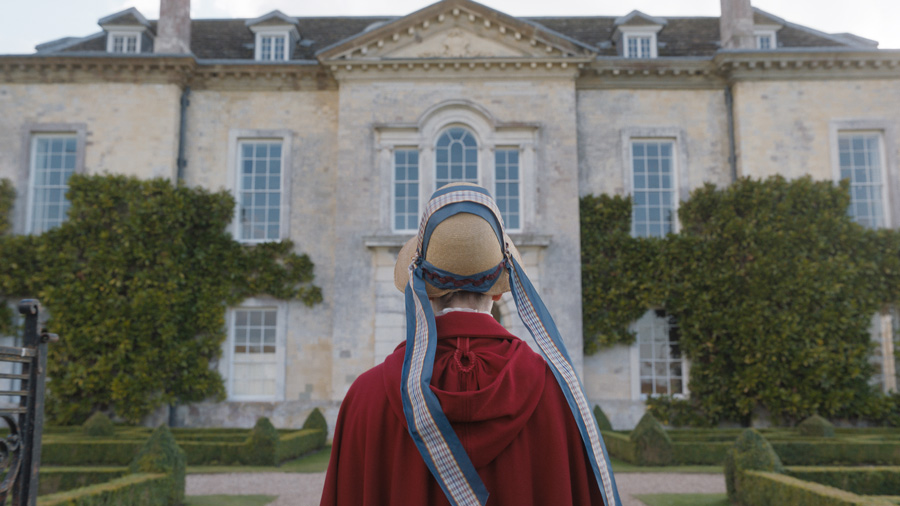 Firle Place which stands in for Hartfield, Emma's home, in EMMA.

Firle Place has really never been used prominently in a film before. It is an old Tudor house, and the frontage was built just prior to the period of the novel, around the early 19th century. It encapsulated the perfect Georgian look. The Victorians had not messed around with the building’s facade, so were very lucky to have exteriors that were basically untouched.

How did you change the various rooms?

The main hall was originally painted white. It had no adornment, so we added paneling and painted the hallway pink. The sitting room where you see Emma and her father frequently—which I believe was designed by William Kent—had been painted a very pale yellow, which would have read as off-white on camera. We painted that a much stronger yellow. The blue hallway we painted a much more intense blue. Every single room, other than the mint drawing room which is upstairs, we changed. The dining room (which was a billiard room) we wallpapered with an archival design that we printed especially for the film. Outside we added a conservatory so that Emma could have that scene with all her flowers. Lord and Lady Gage, who own the house, let us do what we wanted—within reason, obviously. 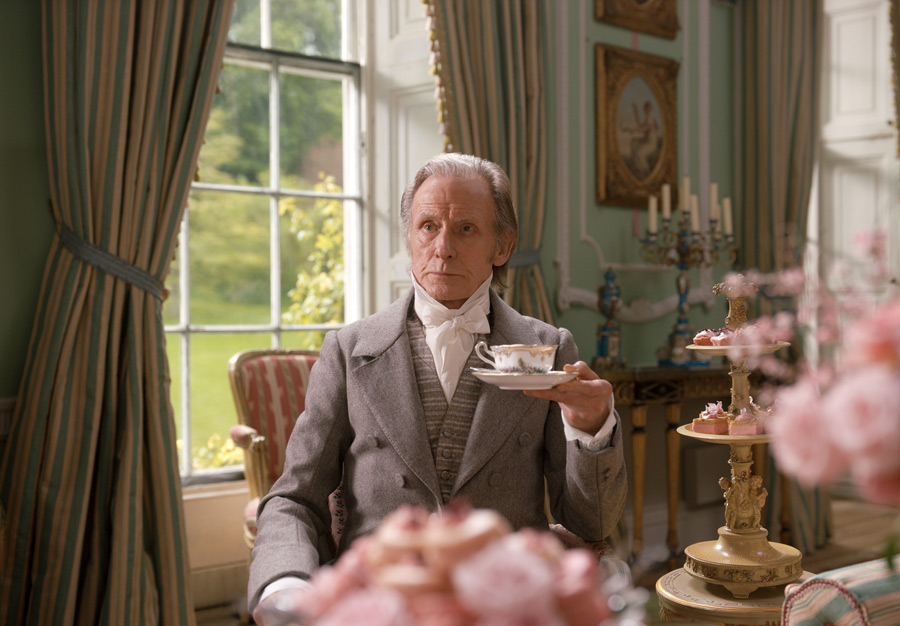 Was all the furniture and furnishings brought in?

Stella Fox, who handled the set decoration, researched intensely all the furniture and window treatments. The drapes were the big deal. The Georgians went in for very colorful, intricately designed drapes. In every room, we created amazingly beautiful drapes.

How did you coordinate the color palette with the other departments?

It was a massive coordination with Autumn, Alexandra, and everyone else to get everything to work together. We did many excursions to the Soane Museum to research colors. Then we tried out each color in the room with the costumes. The colors were painted on boards, and we put a piece of costume fabric next to the wallpaper, and then next to the paint color in the actual room to see how it all flowed together. We continued the same process going from room to room to see how the colors would work as people walked through the house. And then we did it all with candlelight to see how it would change. Autumn gave us the time to try out everything. Rarely on films do you get that luxury, so my hat off to the producers for allowing us that time to make sure every component worked.

Were there particular set designs that you feel worked really well in dramatizing the story?

There is the part when Emma and Mr. Knightley have their first row. It starts in the dining room. Then they go to the hallway and then to the sitting room. They get moved from room to room, which was all very choreographed and very considered in terms of design and color. For me that was very satisfying. We planned it very carefully, so that not only do all the different designs speak to what is going on emotionally, but it gives the viewer a real sense of the house’s expanse. 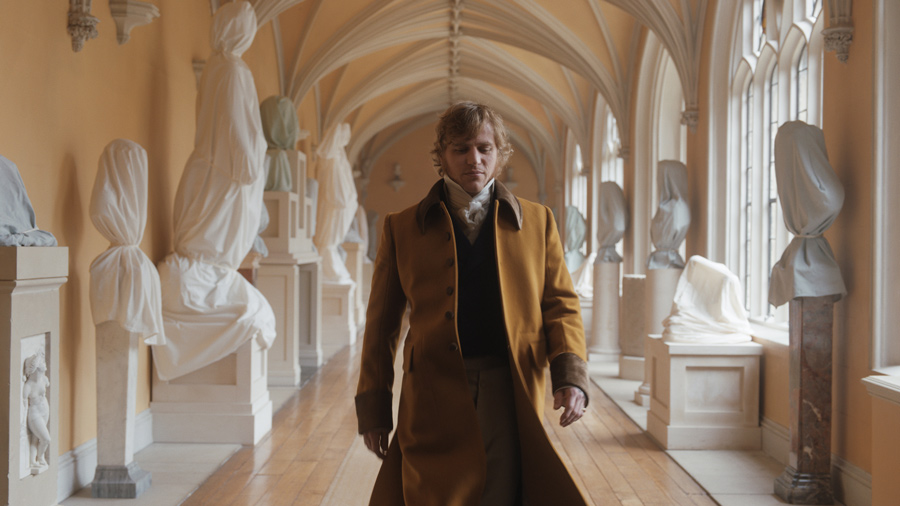 Why do you think that contemporary audiences relate so well to Austen’s novel?

It encapsulates all the little things that go on in people’s lives, but in a Georgian setting. Autumn was very precise in handling period detail. We even had an etiquette advisor to help the actors on the manners of the time. But what sets this Emma apart is the comedy in the film.

If there were dating apps in the early 19th century, how do you think Emma’s profile would read?

It would be the modern version of handsome, clever, and rich. Maybe witty, charming, and well connected?

How would you like audiences to feel about the film?

This is such a feel-good film. Coming through winter, there are so many great films dealing with tough subjects, like Parasite or 1917. It is nice to have a film about relationships that is fun and beautiful and colorful.